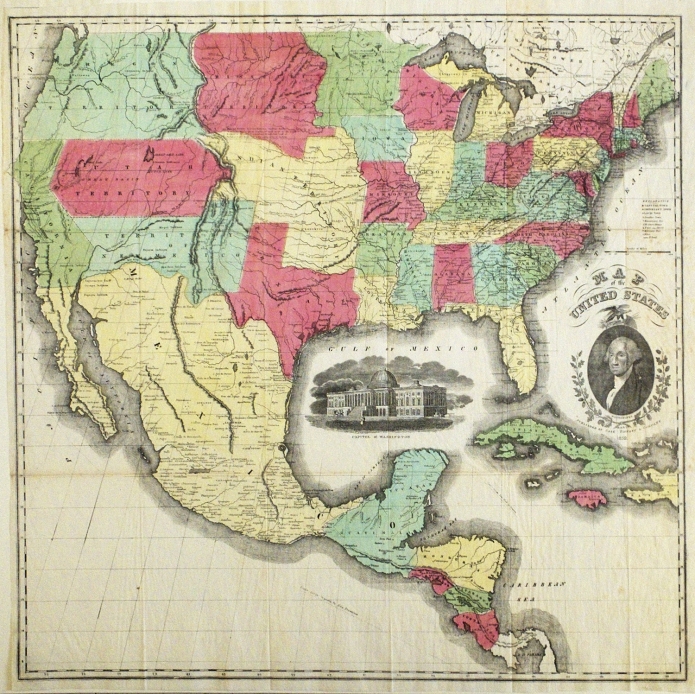 New to the OPG inventory is this colorful map of the United States, Mexico, and Central America.  Published by Case, Tiffany & Co. in 1852, the map is an incredible snapshot of the United States right after the Compromise of 1850. It was a very tumultuous time for our nation; and the delineation and distribution (as well as political leanings) of new territory acquired at the the end of the Mexican-American War were bitterly contested.

This map shows the newly created state of California, added to the Union as a free state. It also depicts the boundaries for the Territory of New Mexico and Utah Territory.  The shape of Texas is distorted on the map, as a result of the Rio Grande engraved too vertically.

A portrait of George Washington, along with an early rendition of the Capitol building in Washington, adorn the right side of the map. The map also indicates important towns and cities, forts, missionary settlements, and railroad lines. Steamboat routes from New York to Chagres and to California by way of Panama are also shown.